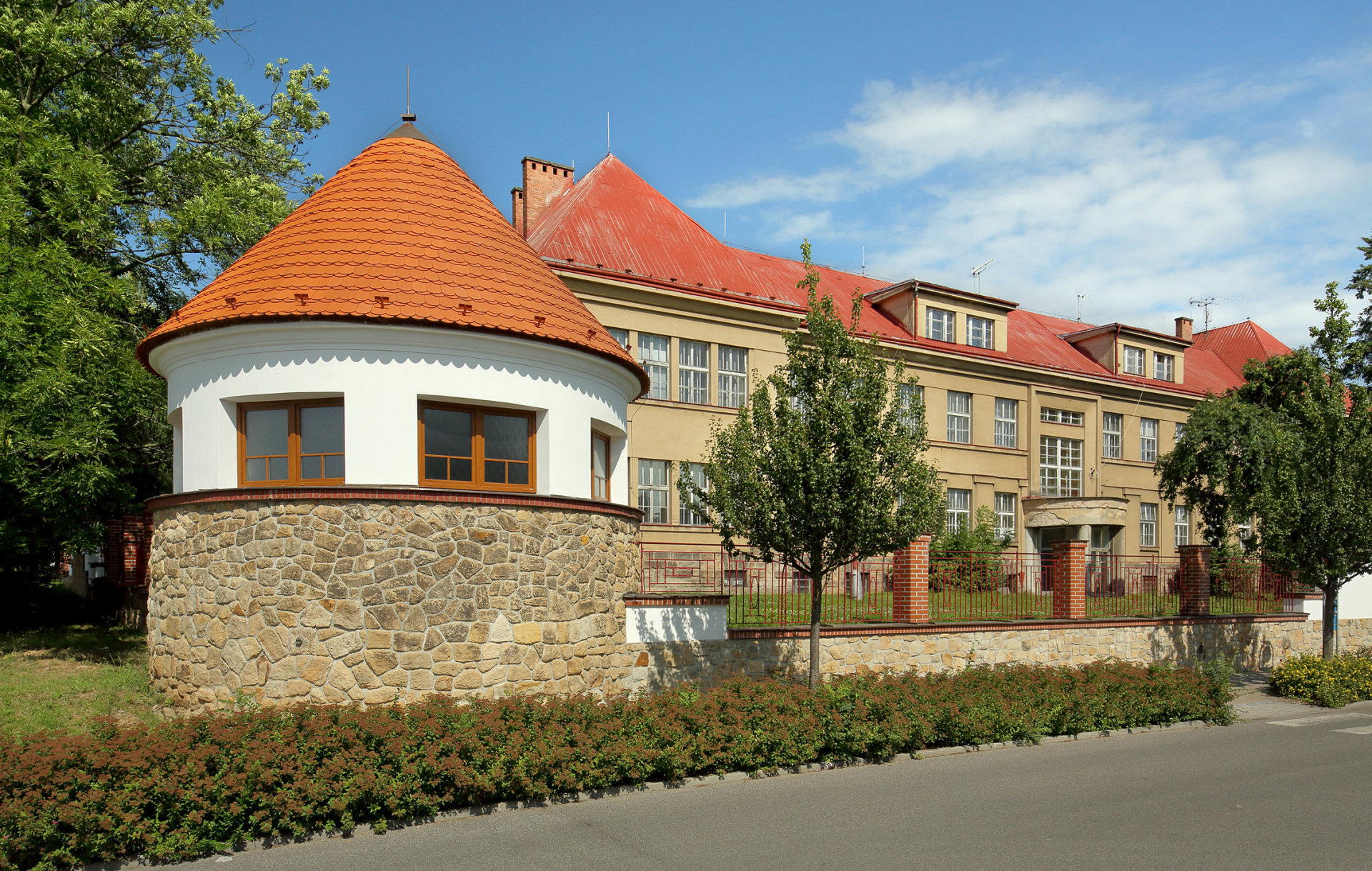 The new hospital, planned for the town since 1908, began to be built on the plot of the former military parade grounds after the end of World War I, in 1922. The pavilions in their leafy setting, enclosed by a remarkably well-preserved wall (and along one stretch by railings) sprang up in three stages during the years leading up to 1930.

According to the plans completed by Čeněk Musil in August 1922, first to be erected were three buildings in the Neoclassical style – the surgical pavilion, the disinfection pavilion and the morgue (VPM). These three are fine examples characterising the architect’s work, not only in their mutual arrangement, but more especially in terms of the individual features recycled by the architect in his other works (socles made of sandstone blocks, massive gables on the façade decorated with a plastic frieze, or the distinctive crowning or inter-storey cornices, frequently adorned with décor comprising half cylinders).

First in this series was largest of the seven pavilions – the surgical – built by the company of Václav Nekvasil. This three-storey building, divided by a central operating section into two parts – one for men and one for women (with separate entrances), had a maternity ward on the ground floor, treated “unclean” (i.e. suppurating) cases on the first, and clean (i.e. aseptic) cases on the top. The symmetrical disposition of the pavilion was made possible by the longitudinal wings, with a corridor terminating in a horseshoe-shaped bay window, into which were incorporated the two main entrances. On the northern aspect, adjoining the main section of the two wings, between which was situated a prominent avant-corps with a triangular gable and a glazed semi-circular wall. A similarly massive gable, decorated with a frieze in the aesthetic of the contemporary “national style”, adorns the south-facing side, topping a shallow avant-corps divided by pilasters, which together with the prominent cornice above the ground floor injects some dynamism to an otherwise very plain façade.

Northwest from the surgical pavilion was built the single-storey disinfection pavilion and, in the northern tip of the site, the morgue. These two smaller buildings, with a simpler layout, are stylistically tied to the showcase surgical pavilion. Both have, for example, gables in their decorative façades, which are – especially in the case of the morgue – highly plastic, giving the buildings a distinctive character and quality.

These buildings completed in the first phase of construction ceremoniously opened their doors at the close of 1924. Three years later, the Jičín company of František Holeček applied for final approval for their newly completed infection pavilion. The single-storey building was designed with a similar ground plan to the surgical pavilion, and an avant-corps with a massive gable was again employed. At the end of 1927 another decision was taken to add the remaining two pavilions – the internal and administrative pavilions. The first, a two-storey building, was built to the left of the main entrance, the administrative building occupied the north-eastern corner, beside the infirmary building. The site as a whole was completed and officially opened in June 1930. For financial reasons, however, erection of the two-storey administrative building was postponed, and was not completed until the end of the decade.

Before 1940, Čeněk Musil also participated in a selective competition to present a pre-project for renovating the site and expanding the hospital to include a building for dissections. His designs were not used. Nonetheless, over the ensuing decades the hospital complex was added to, rebuilt and modernised. The last such architectural intervention was the building of a new single-storey reception (2019–2020). 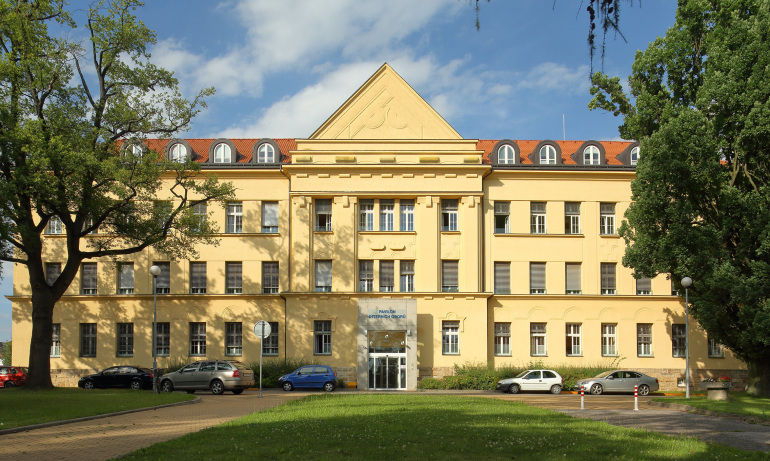 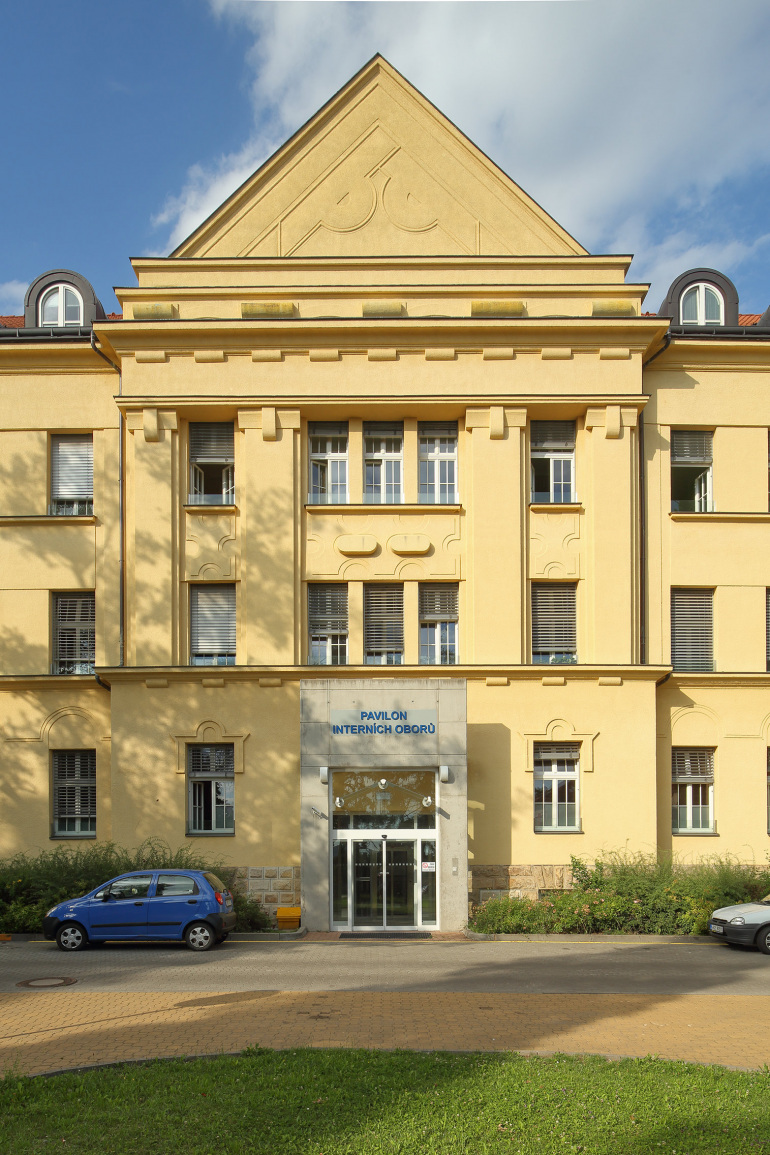 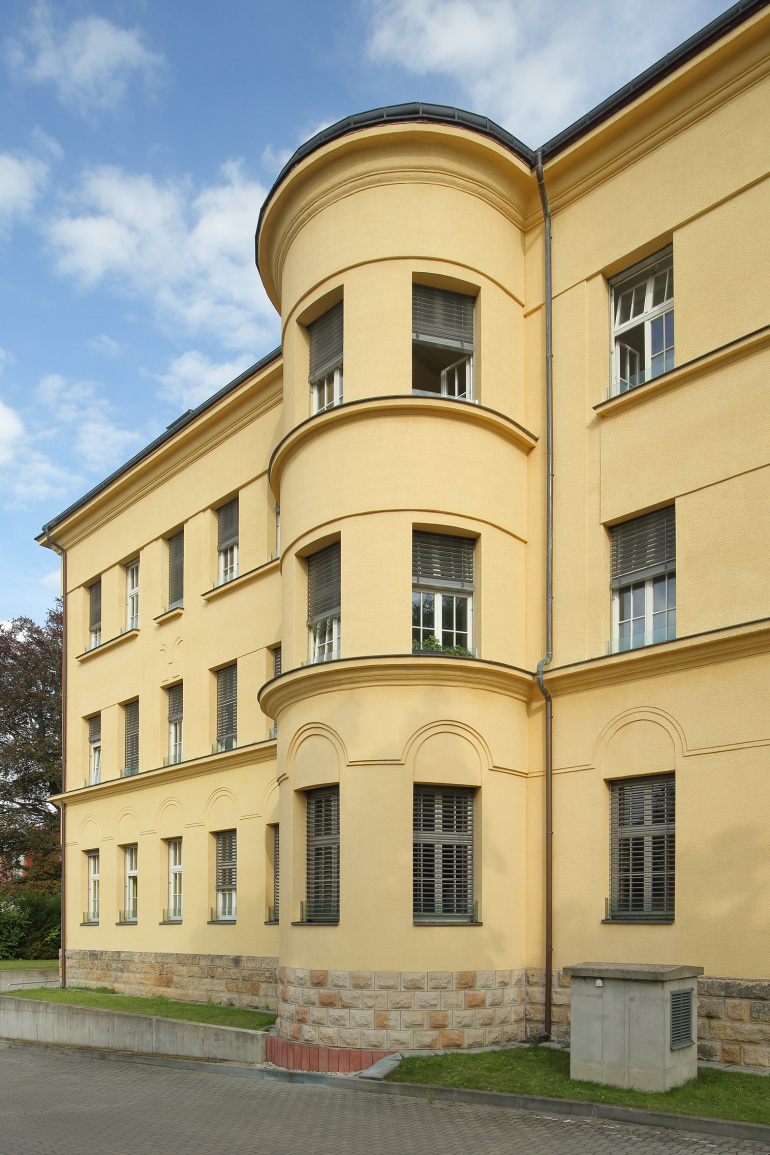 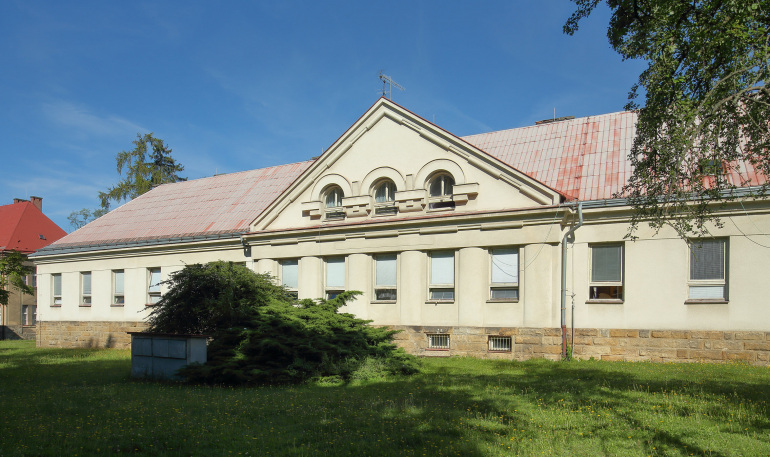 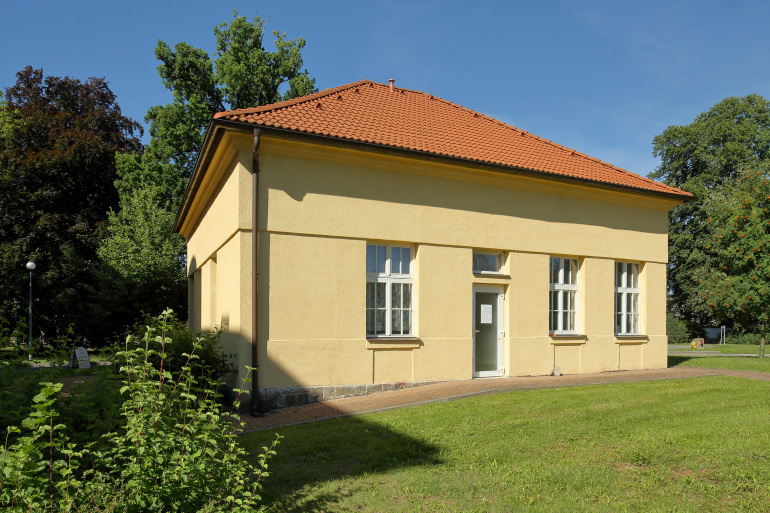 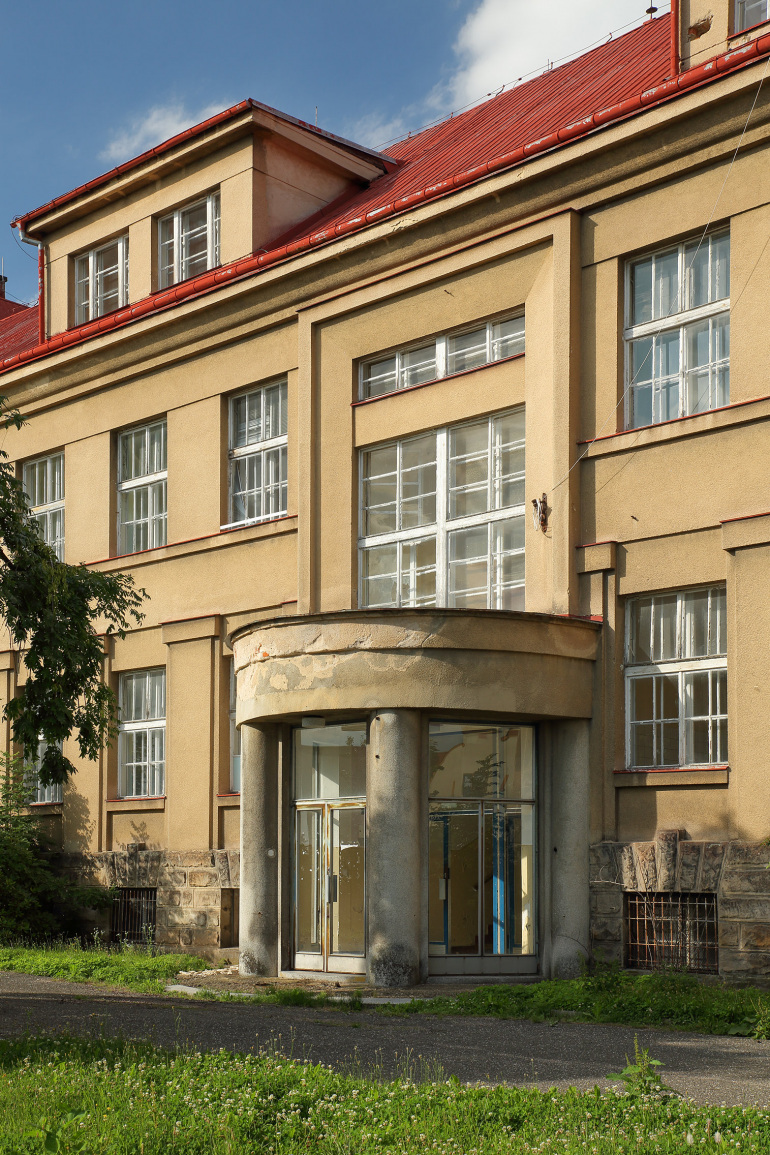 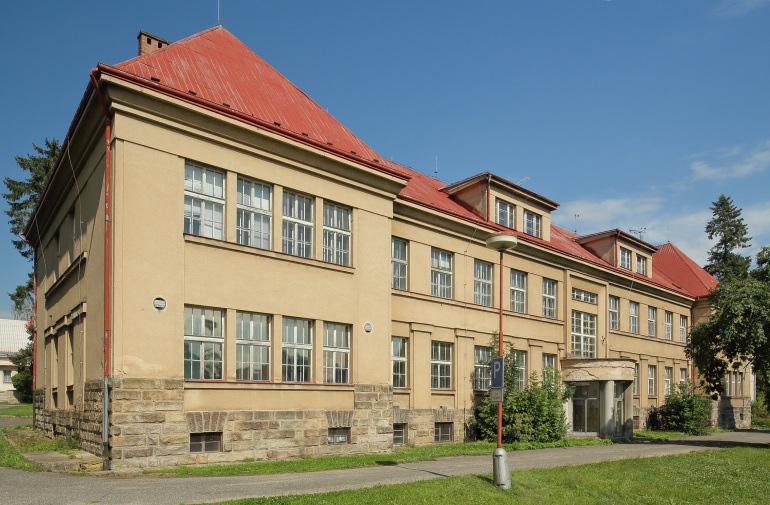 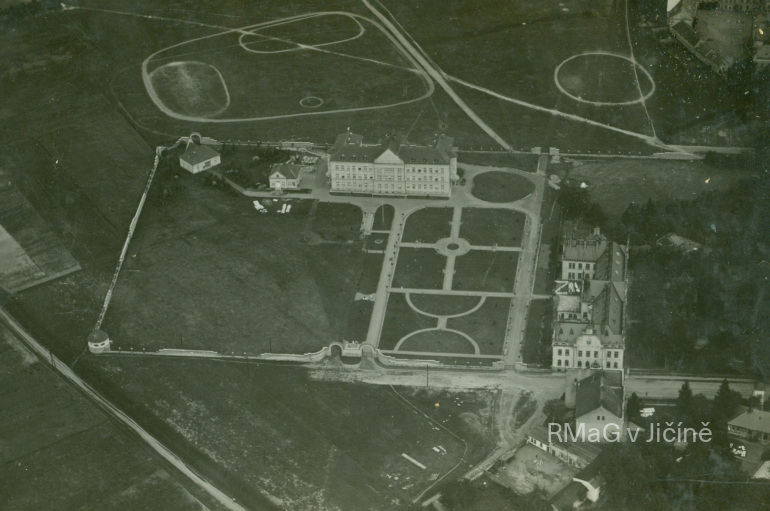 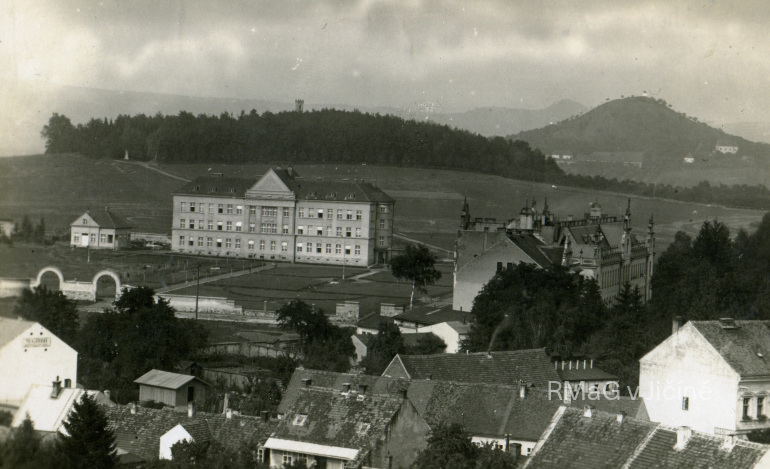 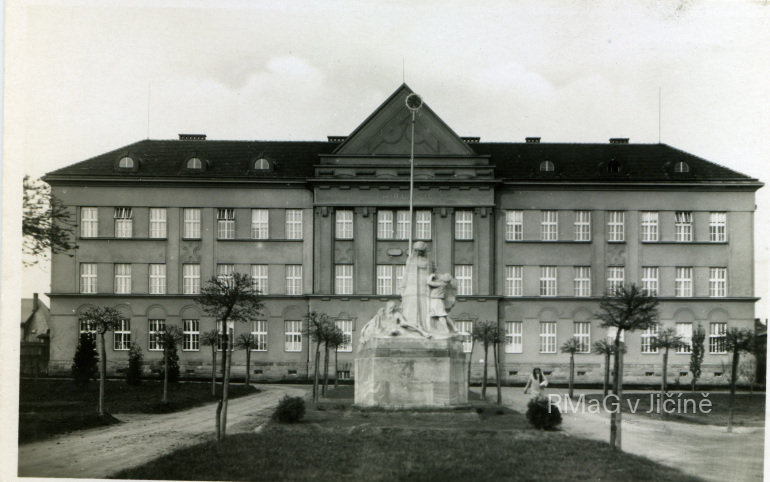 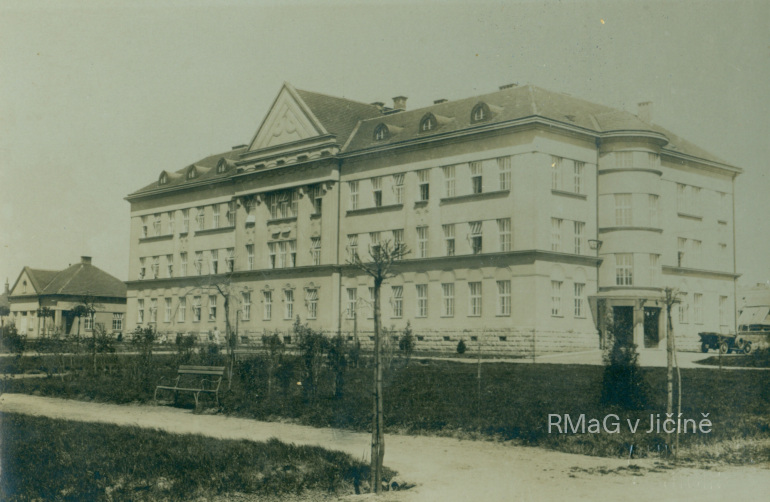 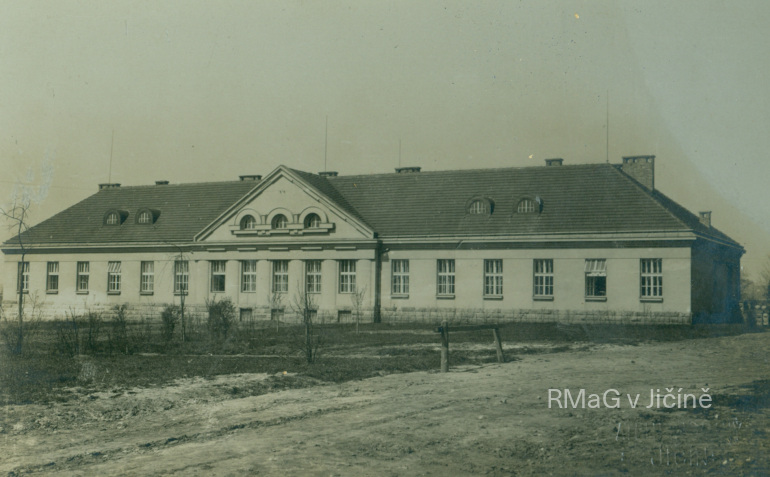 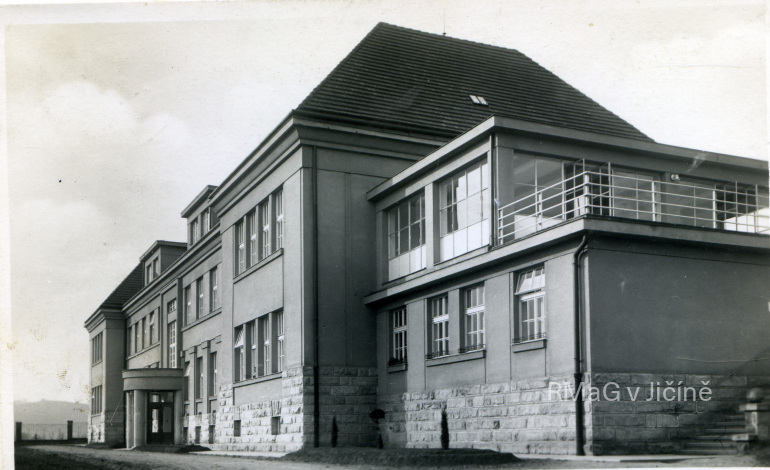 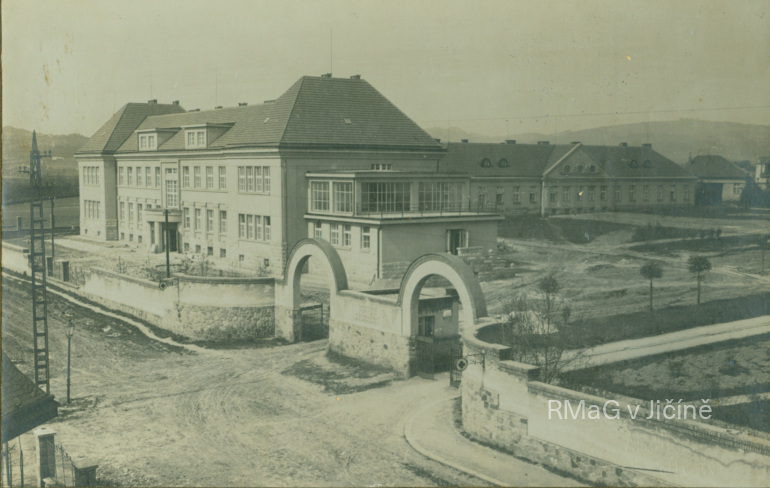 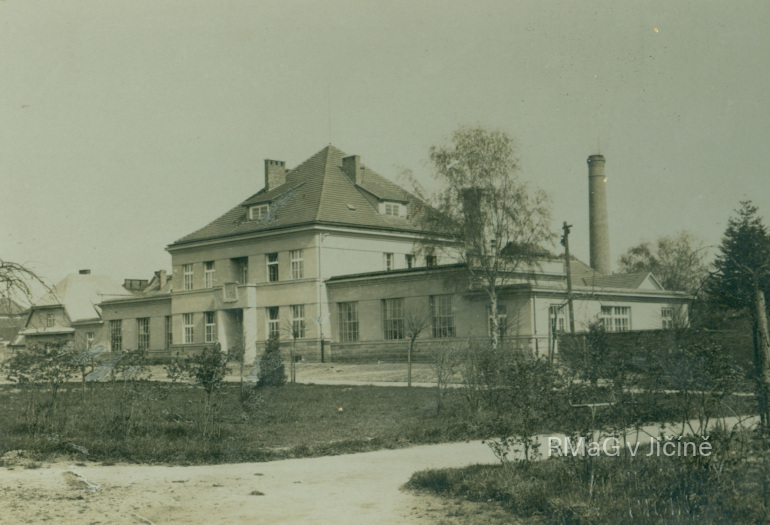 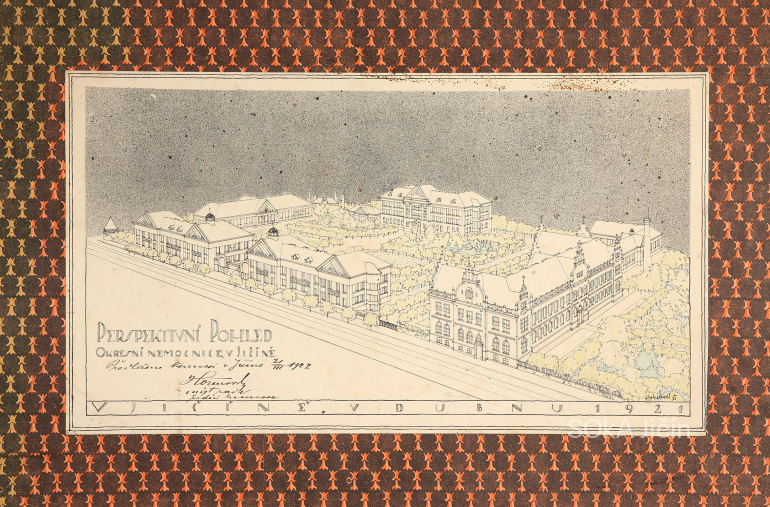 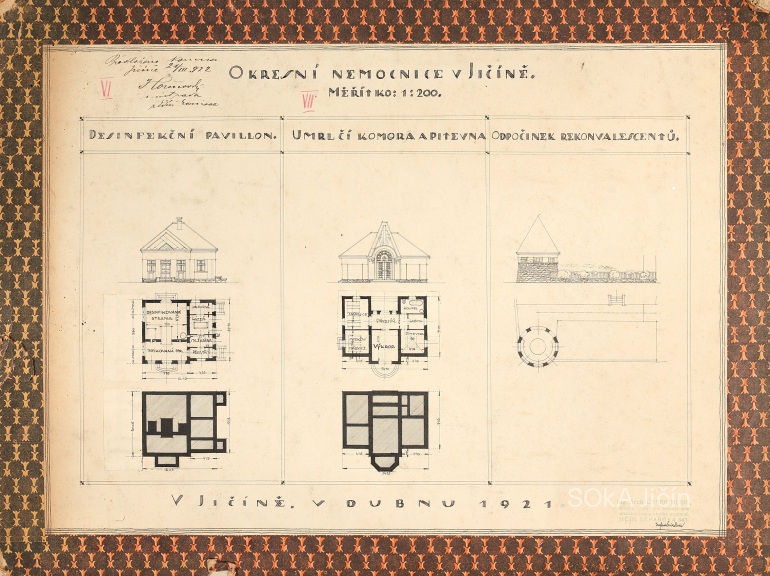 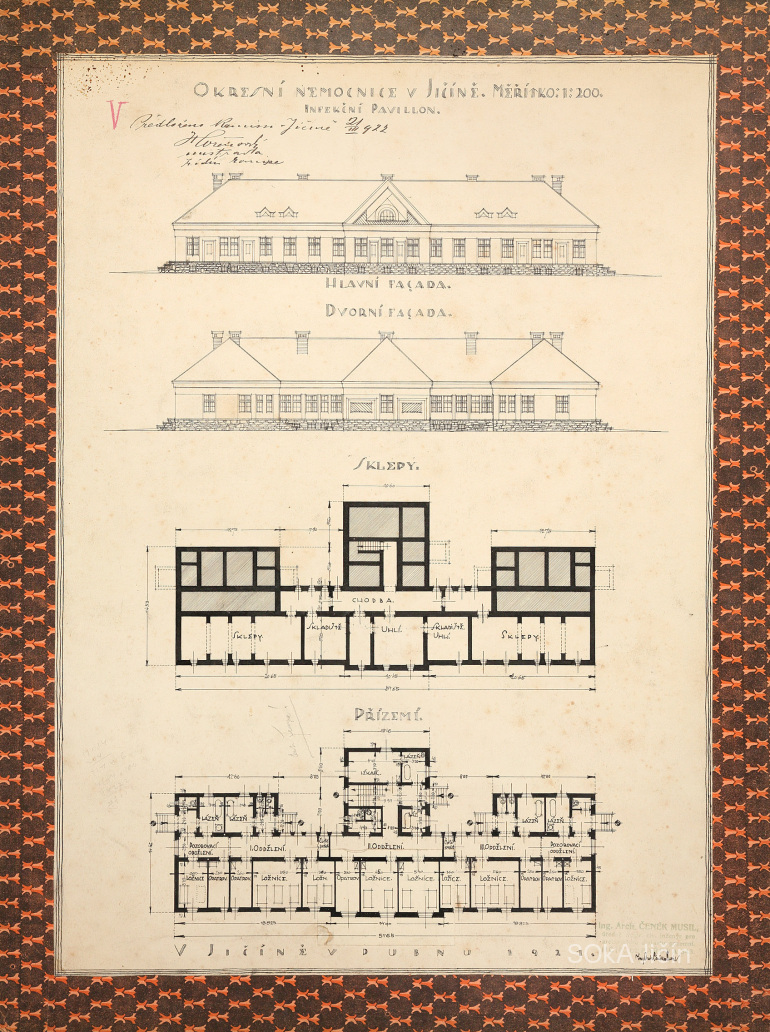 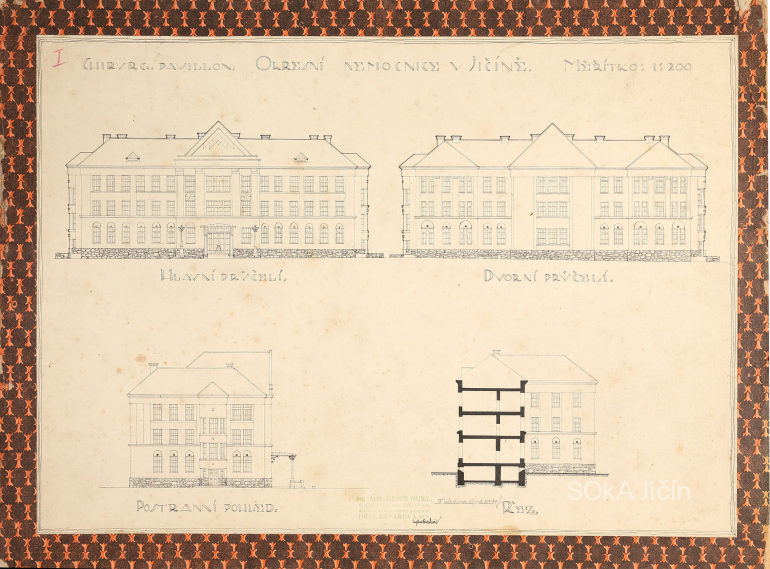 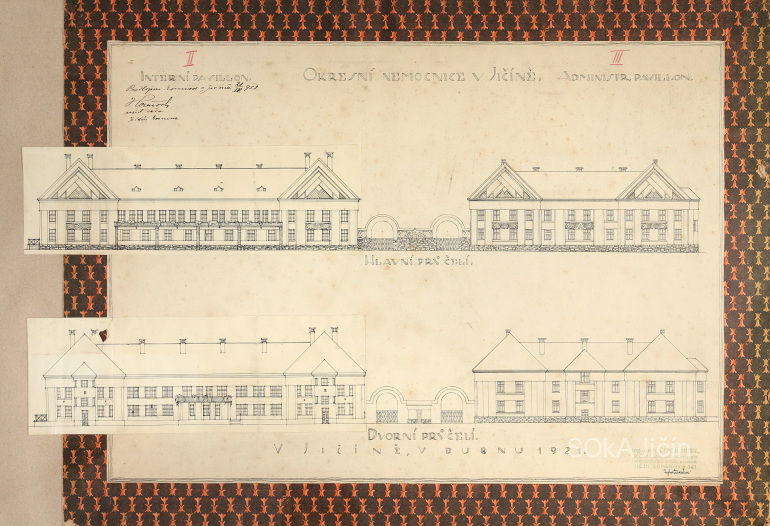 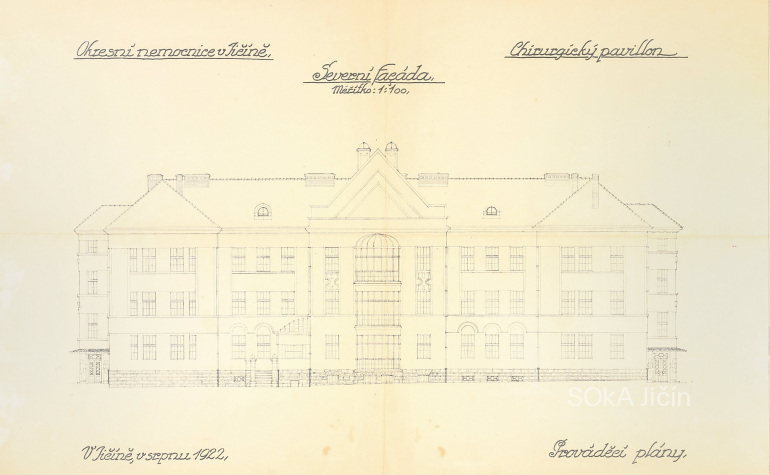