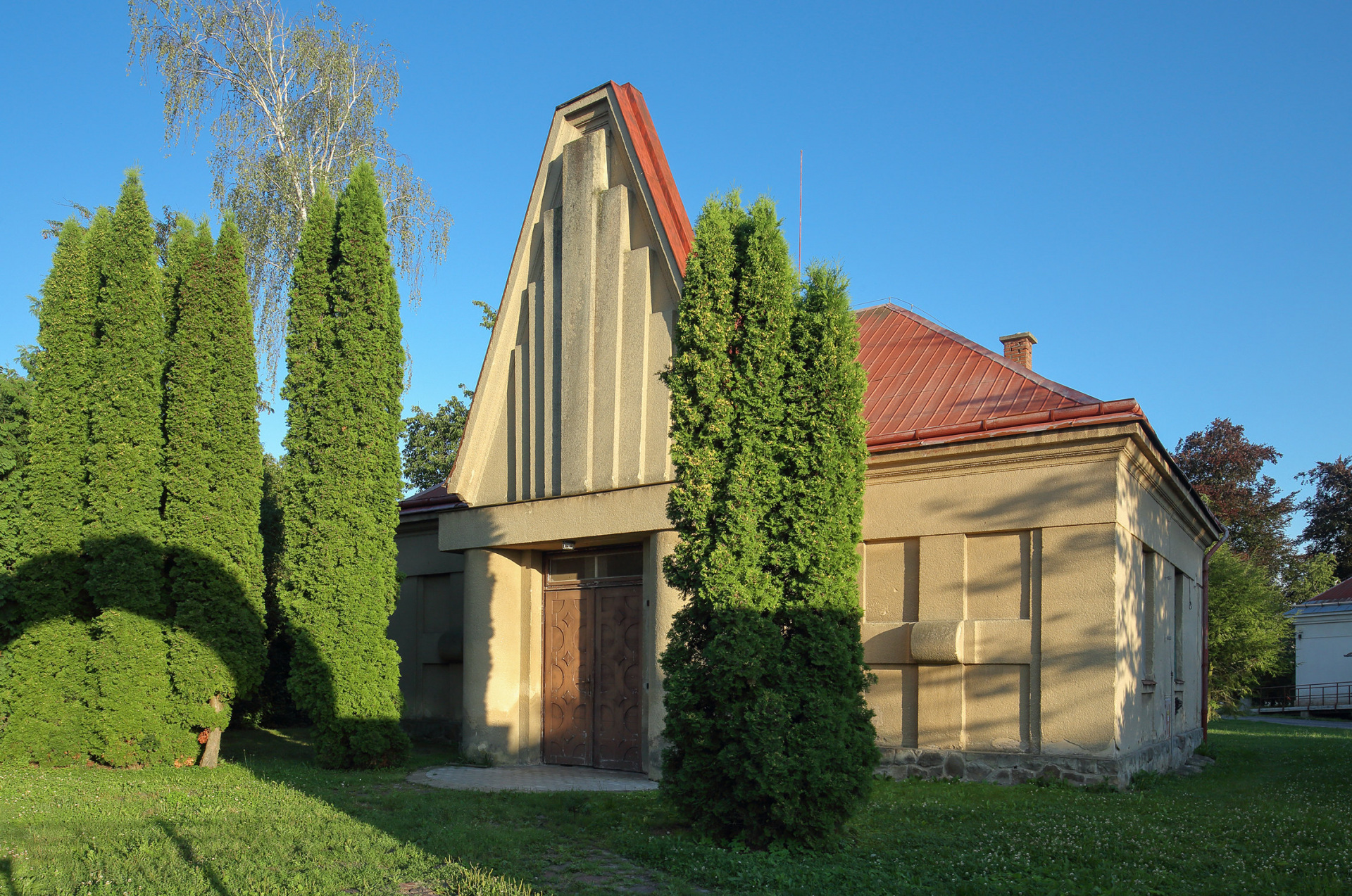 As part of the first construction phase of the extensive hospital complex (1922–1924), alongside the surgical pavilion also appeared two smaller buildings. These were the disinfection pavilion and the morgue. The latter stood surrounded by greenery in the secluded north-western corner of the hospital grounds. A simply arranged building, it was built on a rectangular floor-plan with a central avant-corps in the frontage, where the body was blessed; on the opposite side was the front hall, accessed through an entrance set back into the mass of the building. In the eastern wing was the morgue for standard diseases and a separate morgue for infectious diseases. In the western wing was an autopsy room, lab and bathroom.

What is especially interesting about this building is its symbolic meaning, as illustrated by the gable, rising above the entrance. Aided by the ascending bands, widening as they rise, here the verticality of the building is accented, perhaps representing the ascent towards heaven. At the same time, the façade is turned away from the hospital area to face outwards, from where without a doubt – also thanks to the arches in the perimeter wall, through which attractive views open onto the morgue – this very modest building creates a majestic impression. This visual effect is certainly augmented by two crosses with half cylinders in the centre of each wing of the façade and the two engaged columns standing beside the elaborately shaped doors.

The morgue building was built as part of the first construction phase of the hospital complex, and was finished according to the Čeněk Musil’s blueprints in 1924. It is situated at the northern tip of the hospital grounds, adjacent to the perimeter wall, through which it is also accessed passing under two entrances with high, vaulted archways. These are not, however, situated on the axis of the morgue building, and thus do not connect directly to the doors on the main façade. Anyone making a beeline straight out of the building would bump directly into the wall. Reading into this concept we can appreciate the idea of a “cul-de-sac”: the end of life which does not continue out through the doors of the morgue and into the town, but signals that Earthly wanderings are over and the spirit – as implied in the three strikingly vertical sections segmenting the distinctly moulded gable in proportion to the structure – is taken up into the heavens.

Another feature that pervades the entirety of Musil’s Regulatory Plan (Regulační plán města Jičína) is his sense for communal areas. “Squares of local importance” were inserted into the plan for the newly staked out quarter, their aim being to disrupt the monotony of new streets and create a functional space to meet and situate public amenities, and at the same to offer a sensitive urbanist and aesthetically pleasing solution, whose plan view often responded to the morphology of the terrain. One example of such space is the intersection of Foersterova and Kukulova, with the obliquely situated morgue building and the similarly askew plots for detached houses. The housing development of the 1980s on the western part rejects the concept, however, and the current rendering of the space has little in common with the original concept. 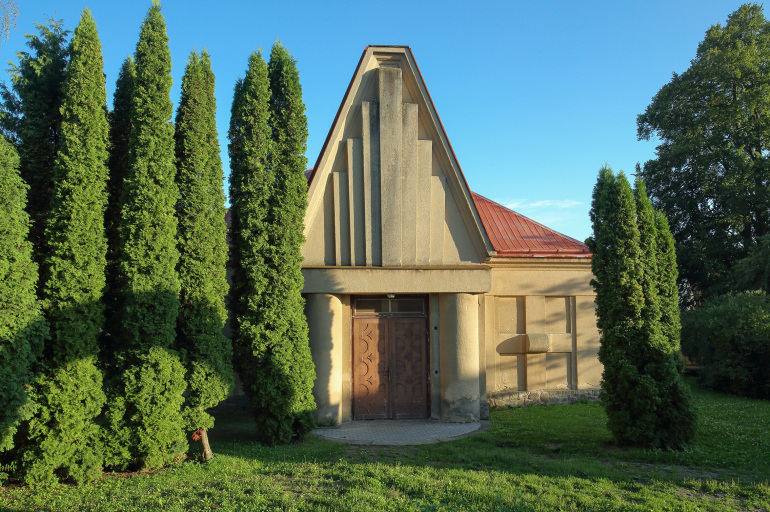 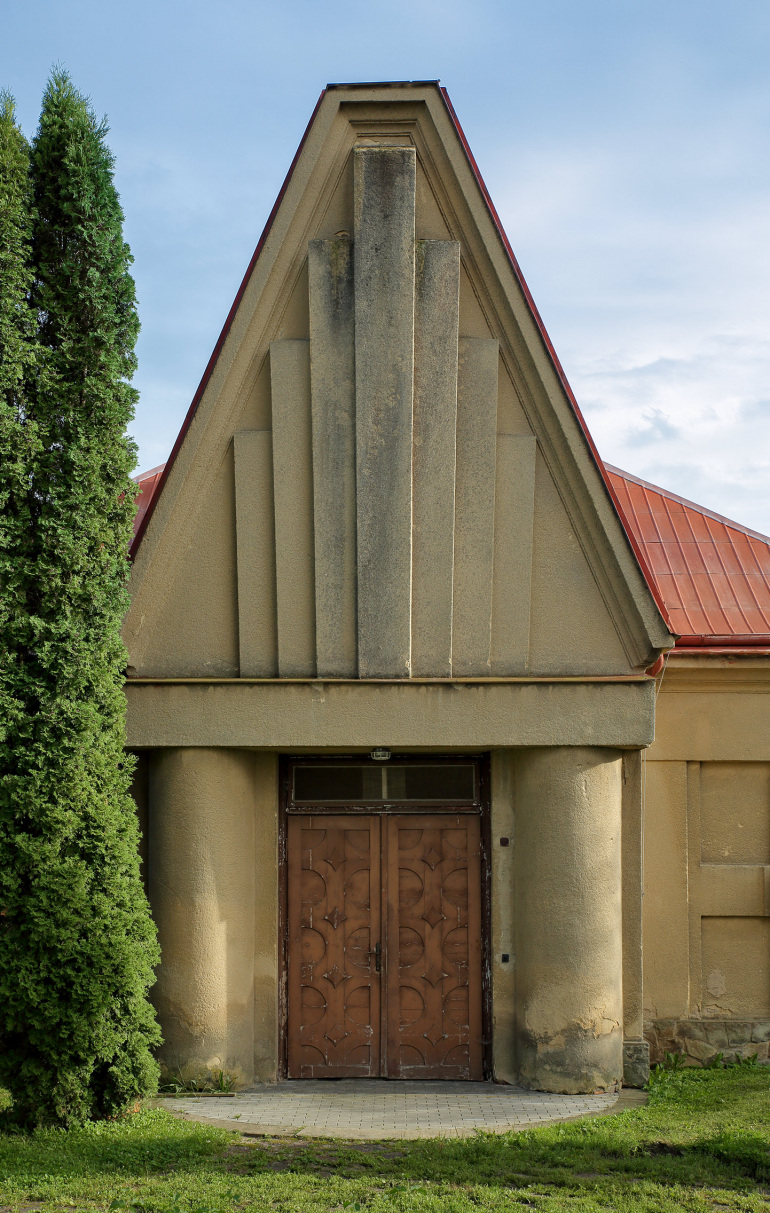 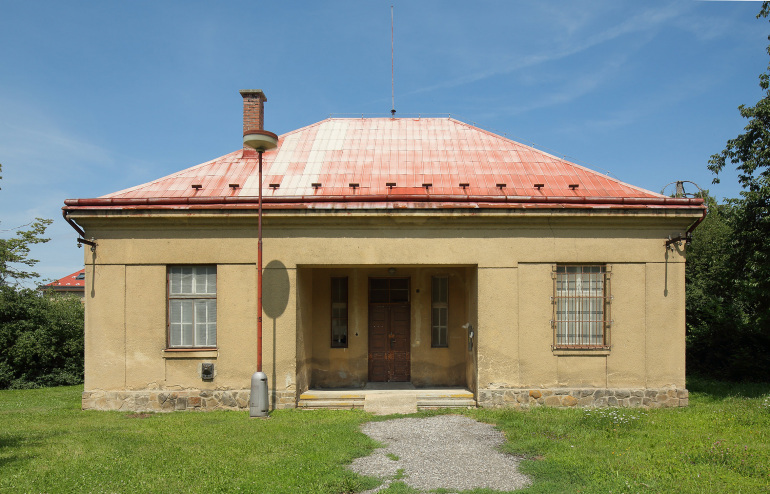 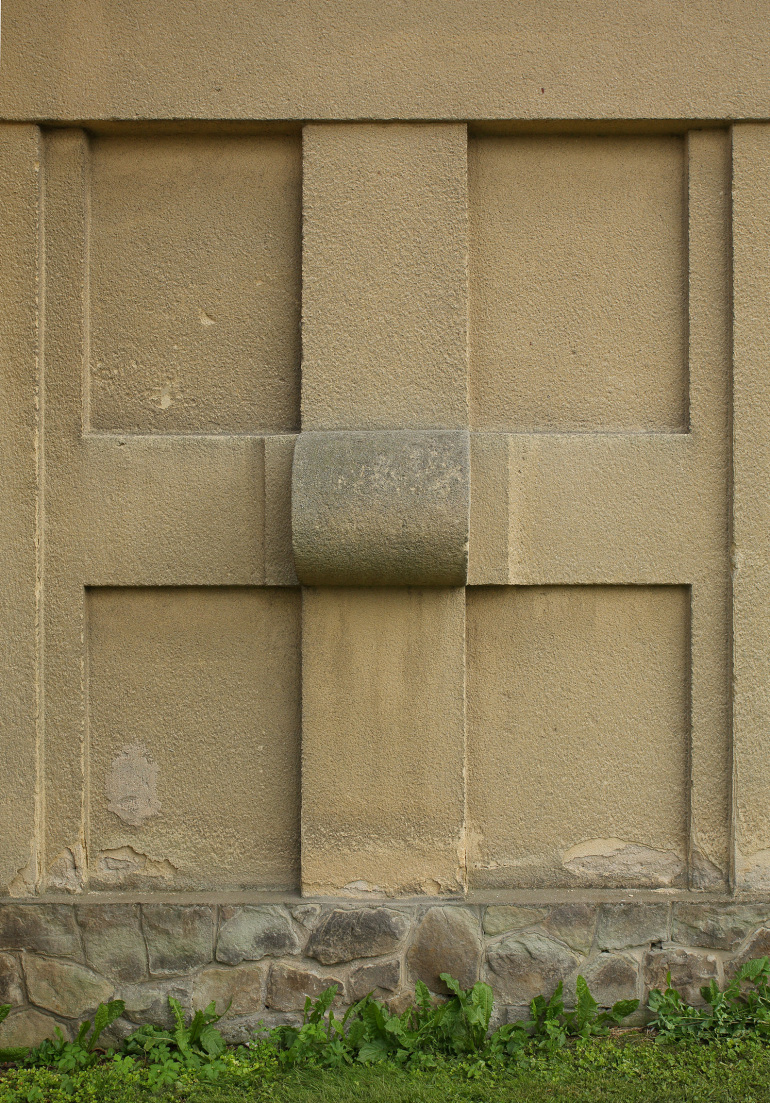 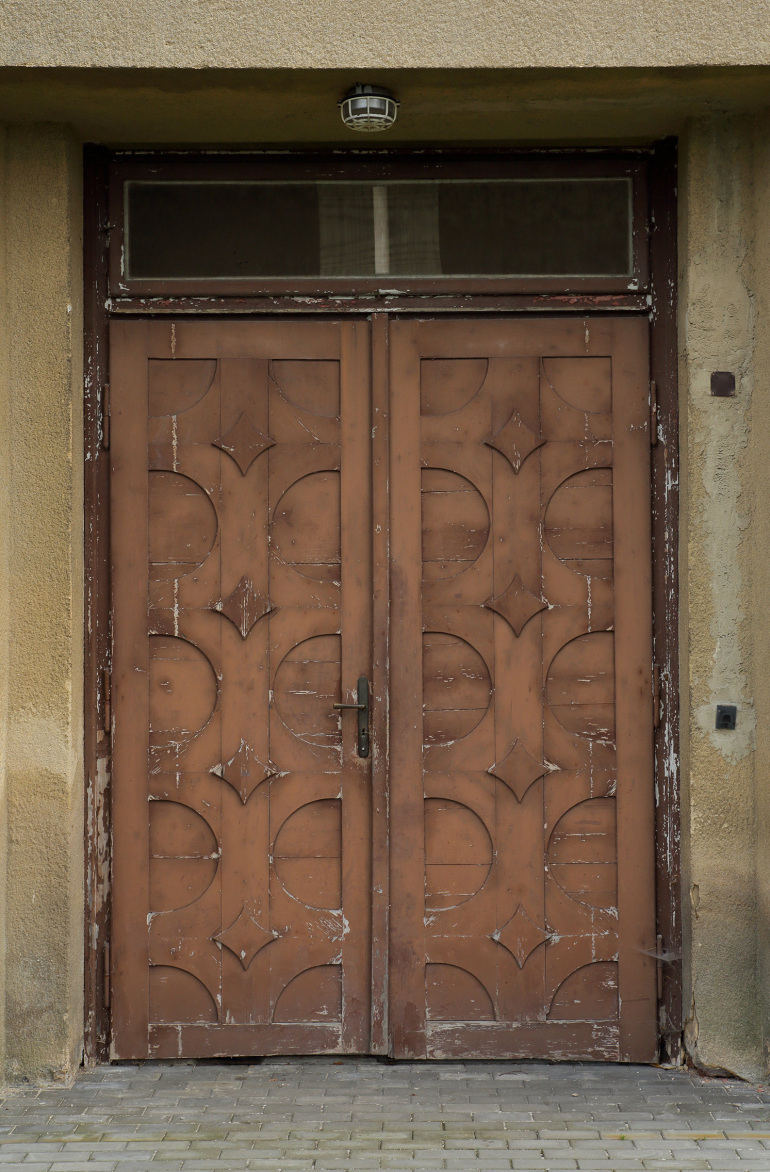