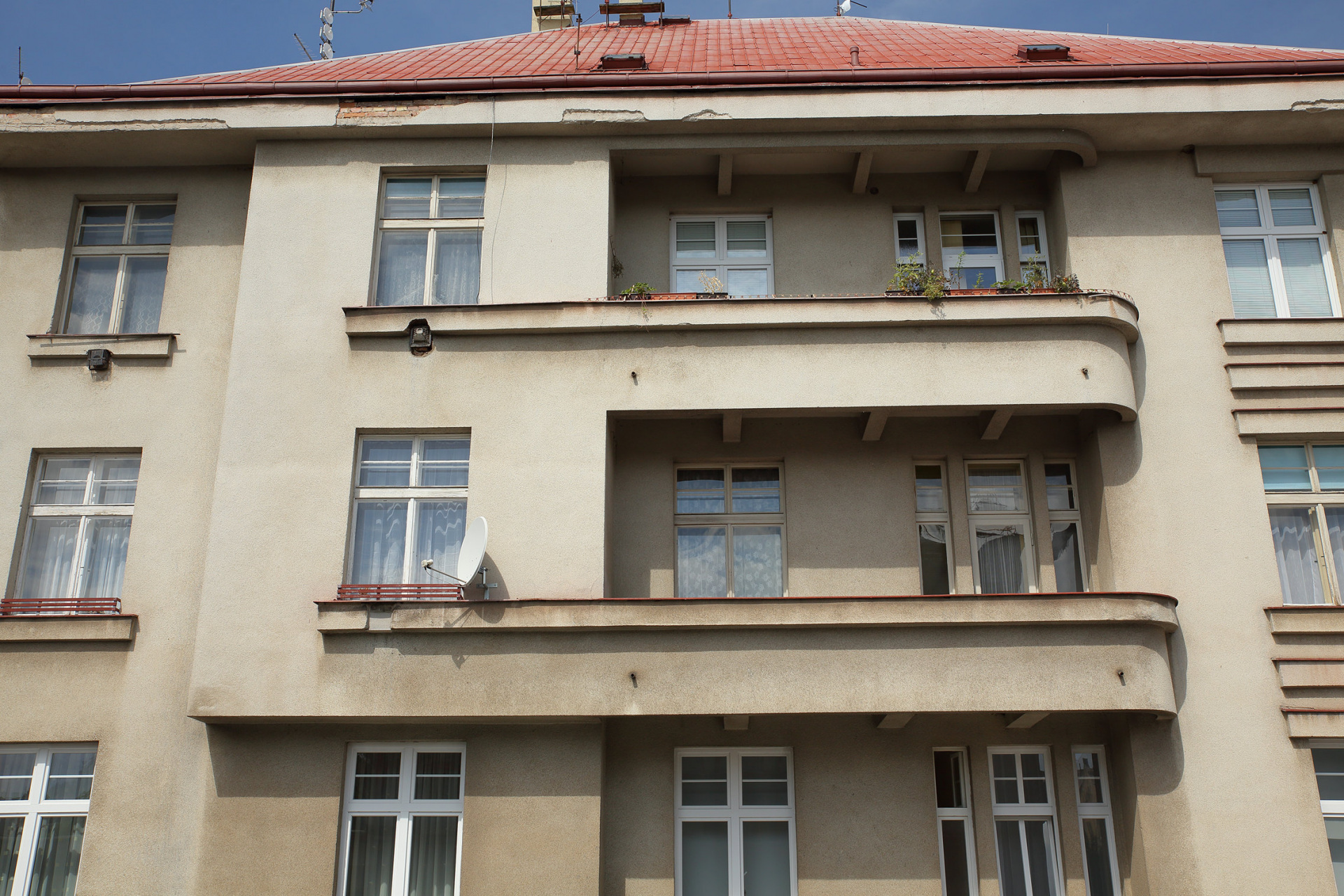 In 1925, the Construction Cooperative of Workers’ and Families’ Houses in Jičín and its Surroundings (Stavební družstvo dělnických a rodinných domků pro Jičín a okolí) was granted permission to construct a state residential building on the corner of Denisova and Českých bratří, funded by proceeds of a lottery run by the Czechoslovak Ministry of Public Works. (The ministry, whose job was to build civil service and school buildings, was also charged with mitigating the acute housing shortage faced by state employees. Its investment budget was therefore partially used to finance new buildings and building renovations for state employees. Nonetheless, plenty of such buildings were also financed from state lottery proceedings.)

That same year Čeněk Musil created his first designs for the building, dominated by a façade framed by bare brick lesenes on a high sandstone socle, an obvious reference to the three-storey wing of the College of Housewifery (VP212) standing opposite. Nonetheless, this block of flats was ultimately implemented with a Purist aesthetic. This is clear from the generous concept of the façade, partitioned not by decorative elements, but by the conspicuous moulding of solid mass. The sophisticated work with the cornices running below the windows, either multiplying at the corner or effortlessly transferring to the projecting mass of the wall supporting the extended balconies, plays with light and shadow on the smooth white façade. The absence of the typical sandstone plinth or fair faced brick is exceptional, and brings this realisation closer to the Purism of Czech architects like Bedřich Feuerstejn, Jiří Kroha, Vít Obrtel and Josef Chochol, from whom Musil undoubtedly drew inspiration.

It is an apartment building with a basement and small flats: each floor has three 2-room flats with a hall, kitchen and WC/bathroom.

Standing opposite is the Hussite Congregational House (Denisova 613), whose construction preoccupied Čeněk Musil for a long time. The Czechoslovak Hussite Church (Církev československá husitská) was established in 1920, and a year later had already begun attracting followers from the denizens of Jičín. As numbers of adherents grew across the republic, the provision of new sacred spaces to worship became a priority. The form of such buildings would have to correspond to the appointed liturgical scheme. During the 1920s dozens of new congregational buildings were erected, with important architects furnishing their designs. The Jičín parish had purchased a plot in Denisova Street in 1923. Early records for the new religious building show the involvement of Čeněk Musil, who later drew the building into his Regulatory Plan (Regulační plán města Jičína) on the square Pod Lipami (VPU2); much later, in 1935, when the question of building became more imminent, he finally created several sketches for a functionalist building, although this was never chosen for realisation. The congregational house was completed in mid-1936 and officially opened on Sunday, 27 September. The building was designed by František Novotný and Josef Resl (the latter responsible for the extension on its western edge, housing a columbarium).

The church, whose construction was overseen by Václav Frýba, comprises three sections – the chapel itself, the commanding tower on the northern façade, and the eastern wing, with living quarters on the first floor, and administrative rooms and a lecture hall below. Behind the elevated ground-floor entrance, trisected by two piers, is the liturgical hall and choir, the latter fitted with a harmonium and lateral stalls. Today, the chancel is decorated by a fresco depicting Jesus and the fishermen; it is highly unlikely, however, that this work was originally in situ when the church opened: contemporary sources speak of a large painted cross. Stepping left from the entrance hall you could access the lecture hall and administrative rooms (archive and office), or climb the stairs situated in the tower to the first floor, or continue up to the belfry. 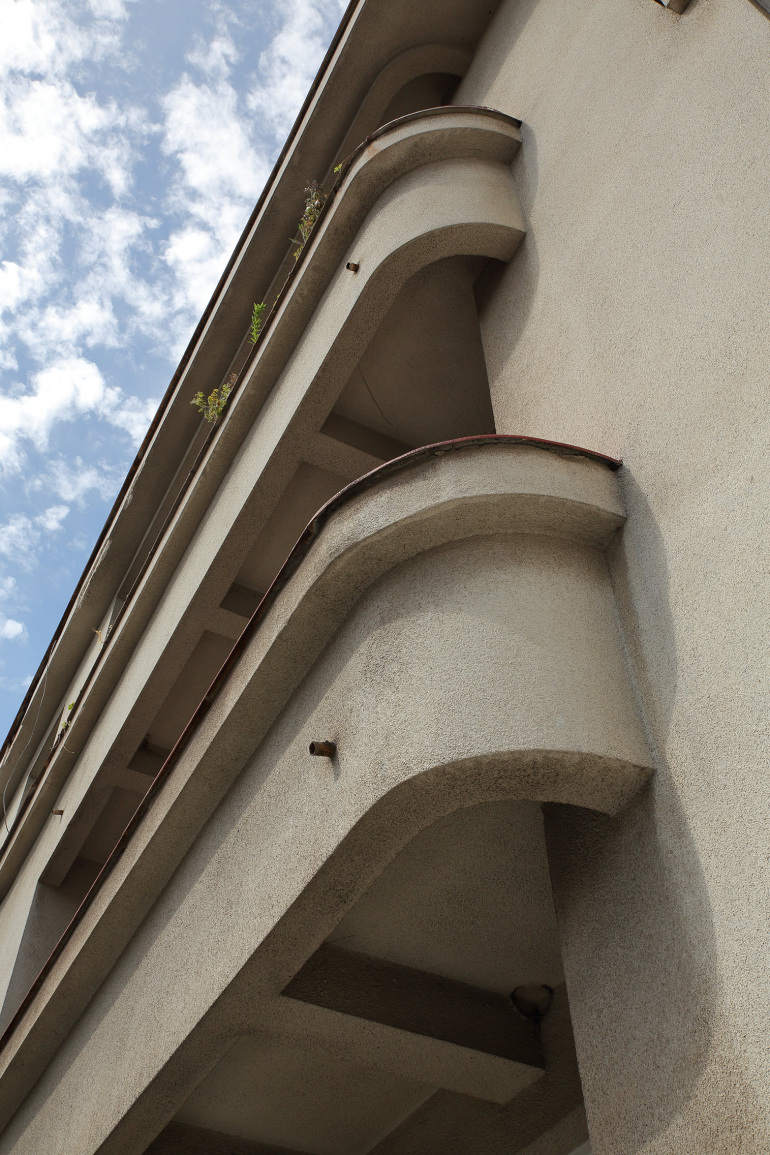