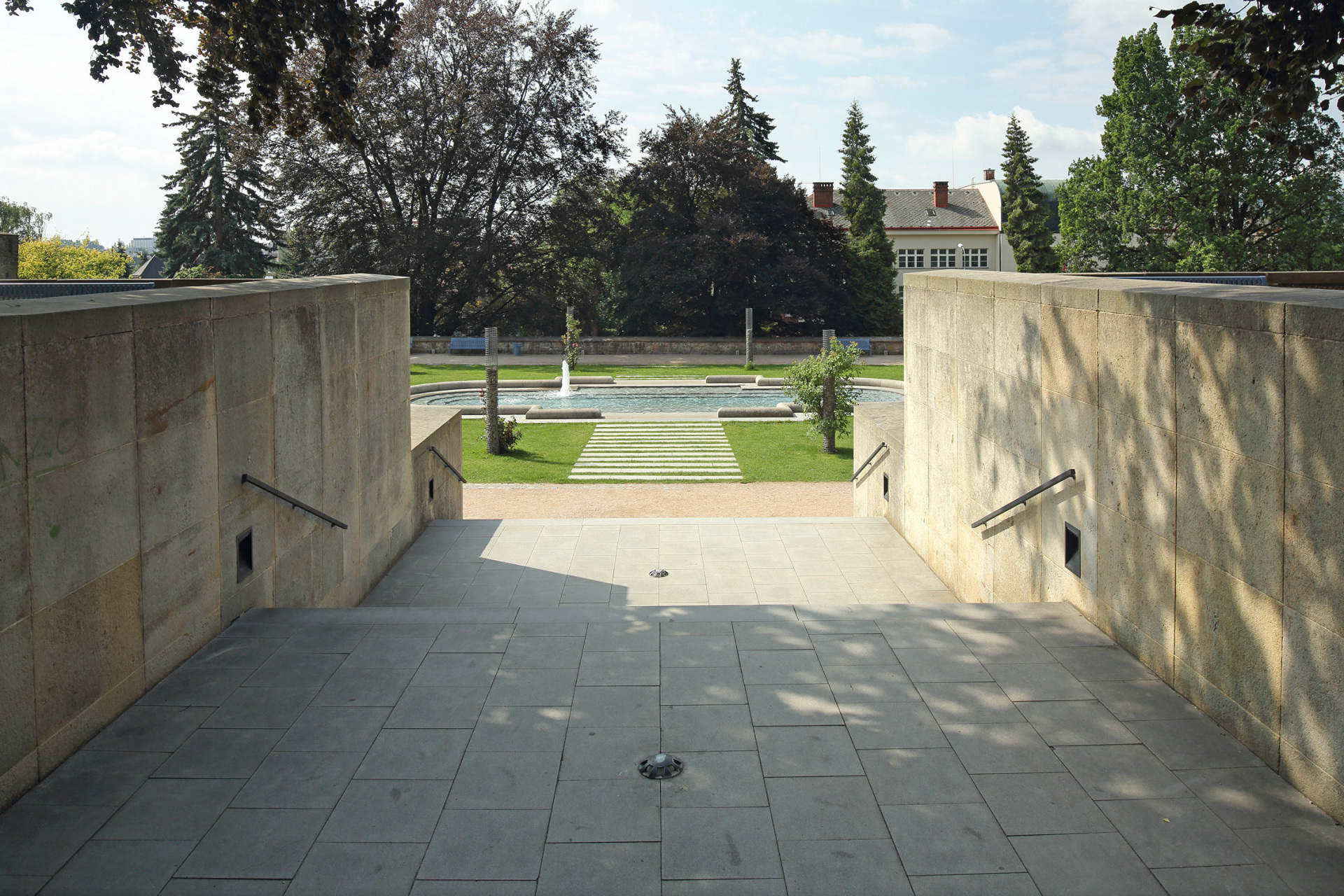 The open spaces of today’s Municipal Park were acquired by the town of Jičín, together with the chateau building, in 1936–1937. They comprise the former chateau grounds as well as part of the deanery garden. Jičín had hitherto lacked any substantial municipal park. The competition to realise the park invited selective tenders from garden architect Bohumil Duchač-Vyskočil from Prague and architect Čeněk Musil. After consulting the expert in monument care Zdeněk Wirth, the local savings bank Obecní spořitelna jičínská, which was financing the new park, opted in favour of Musil’s classicising design. Nonetheless, at least in terms of choosing which plants to use, it was Duchač-Vyskočil’s design that was ultimately adopted, with a few minor modifications.

Once the sewerage had been installed, earth and construction works were initiated in April 1938. These consisted of demolishing the older walls and outbuildings of the chateau and deanery, while also overhauling certain features (the ramparts and main garden gate below St James’ Church), and especially of erecting new structures (the stone wall and entrance with four pylons from Smiřických Street, the stone balustrade along the edge of the upper terrace, and in particular the broad staircase connecting both terraces). Even during this early phase, conducted in 1949, the upper terrace was opened to the public. The lower terrace was furnished with a pool, built from stuccoed “královédvorský” sandstone, with a fountain fed from the original spring. Lilies were planted 1941, and a piped water system with machinery and jets were added. After the war were installed colourful spotlights, first displayed to great effect on the first anniversary of the liberation of Czechoslovakia in 1946.

The current form of the park dates to 2010. The designers of the project attempted to build upon Čeněk Musil’s concept and preserve the original compositional arrangement of the garden. 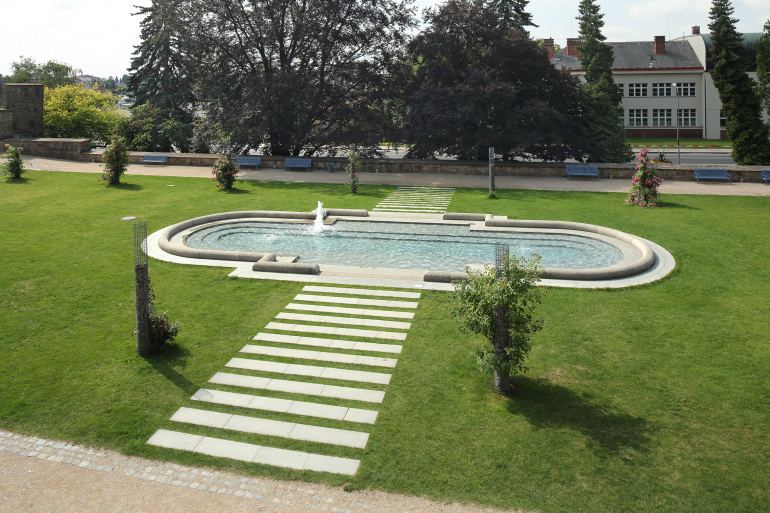 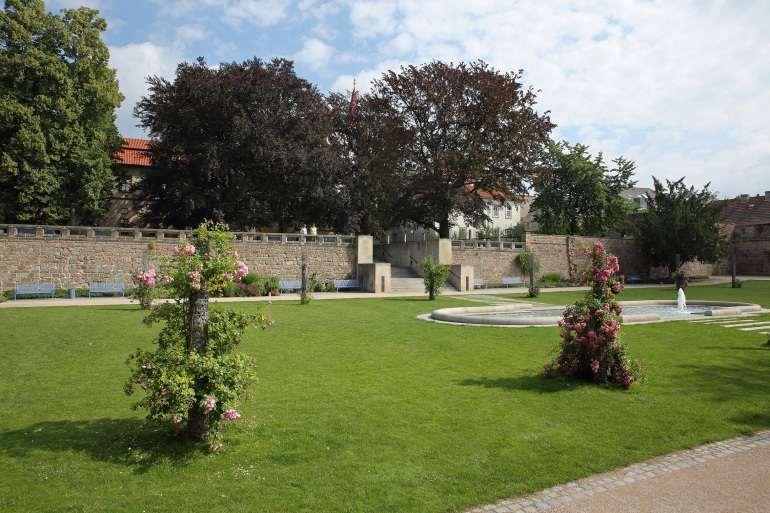 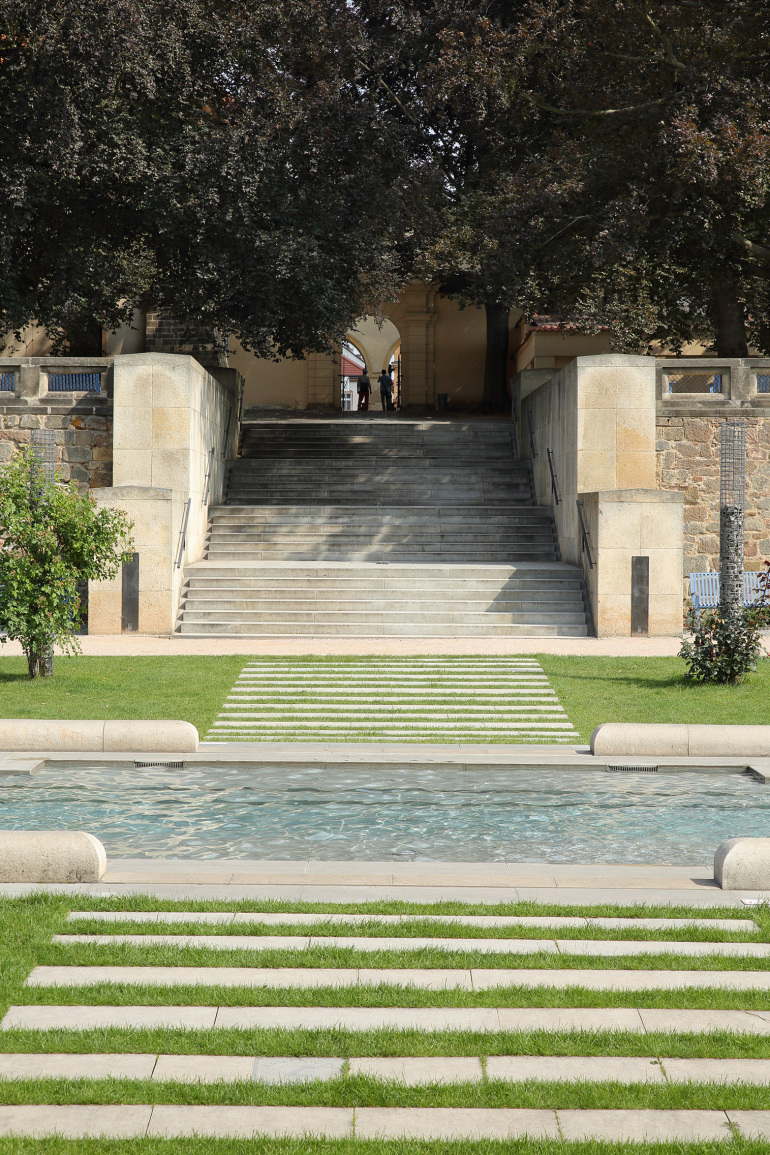 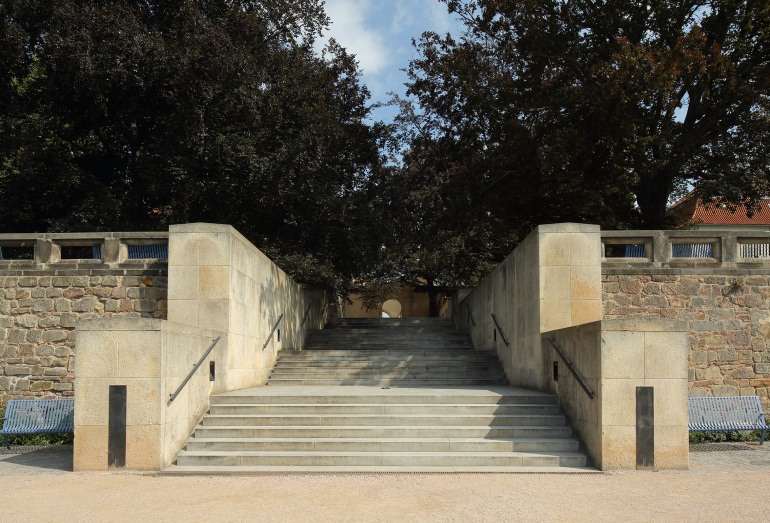 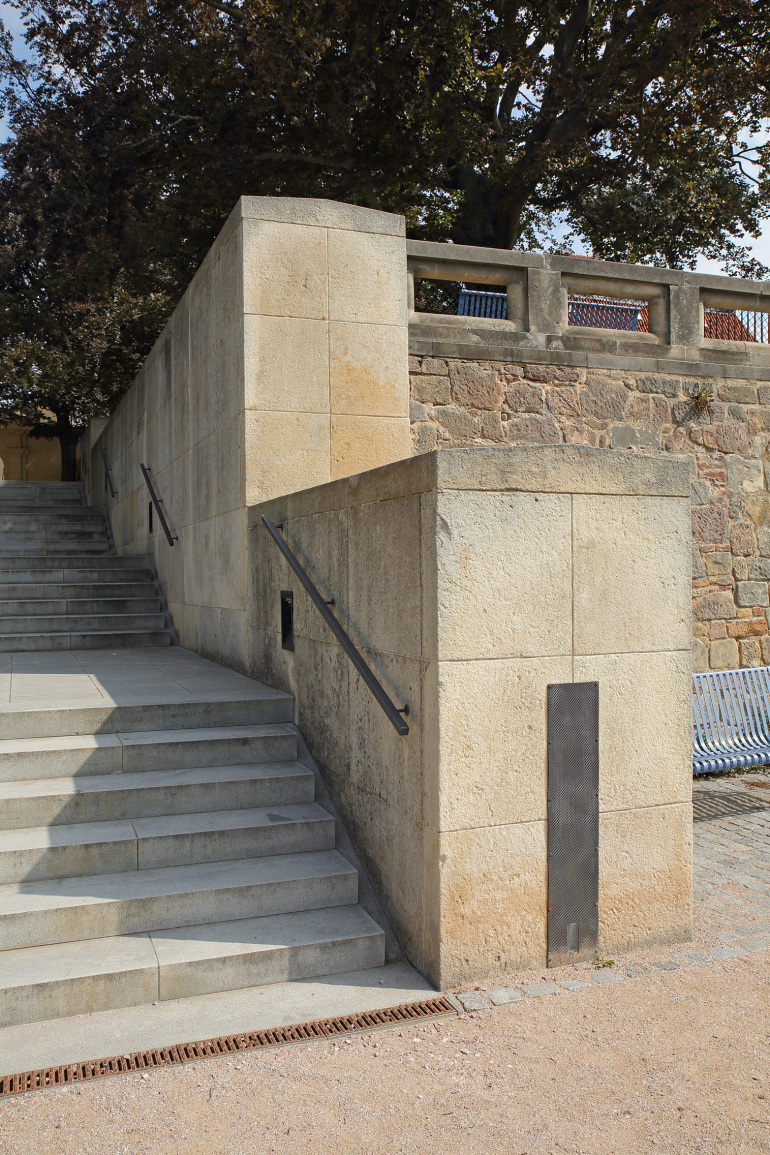 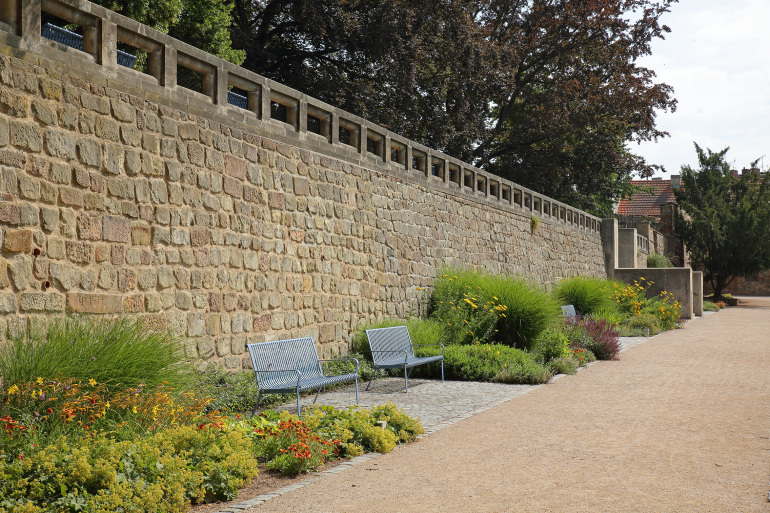 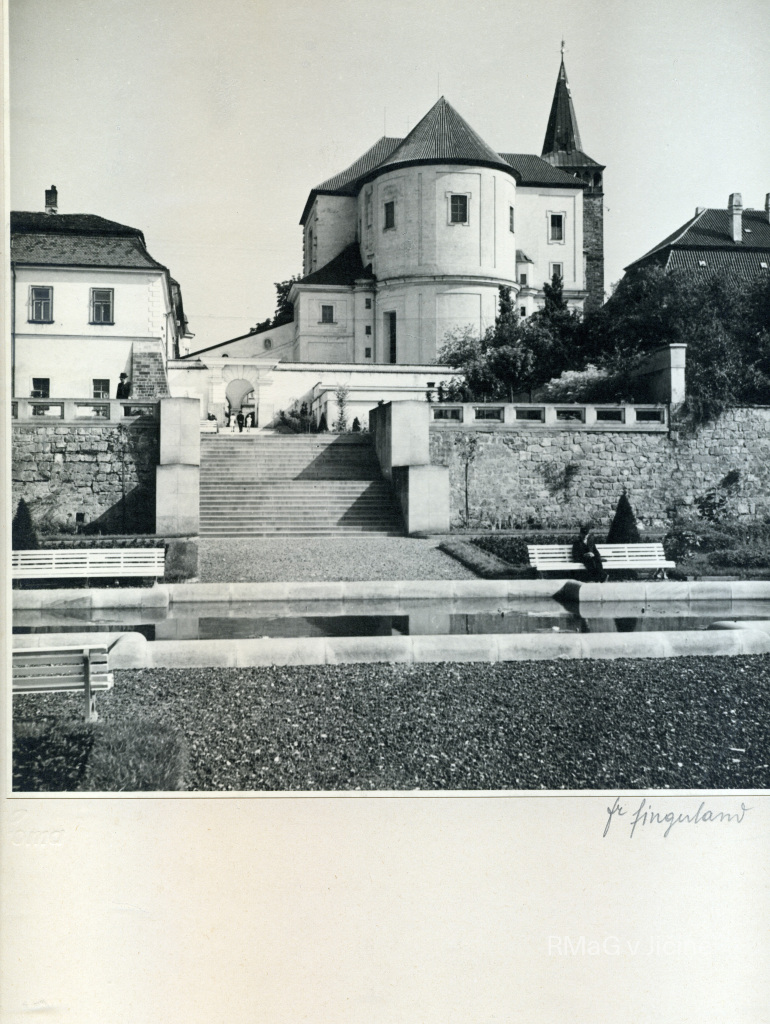 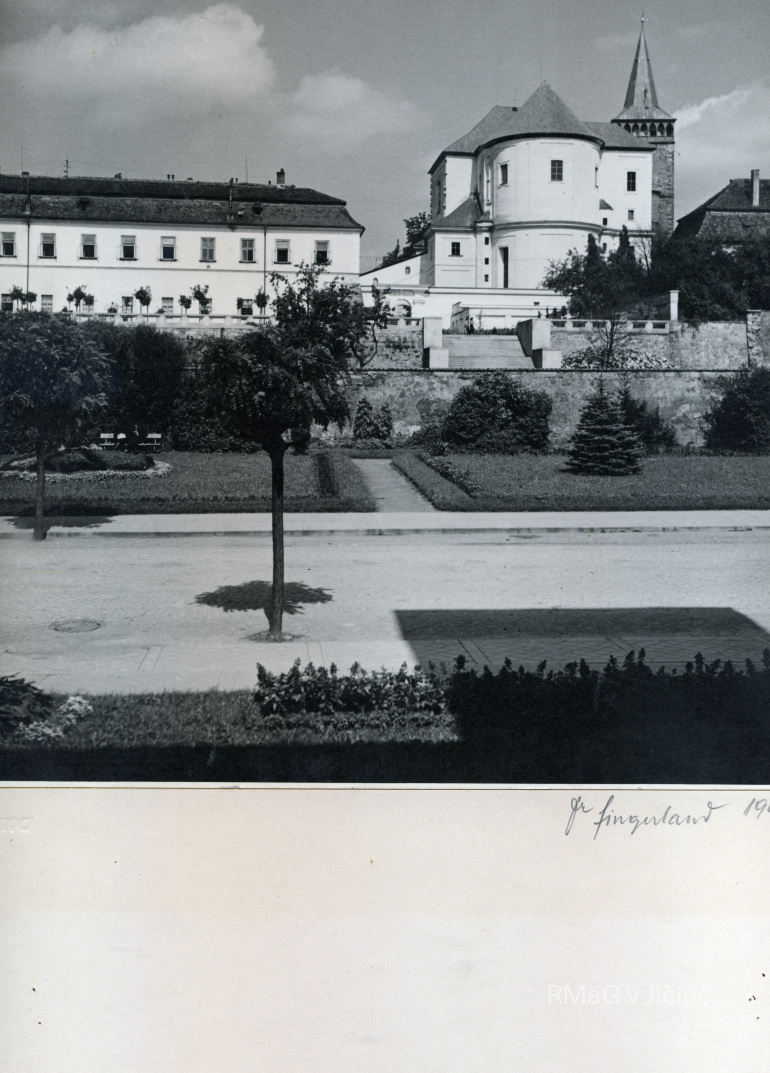 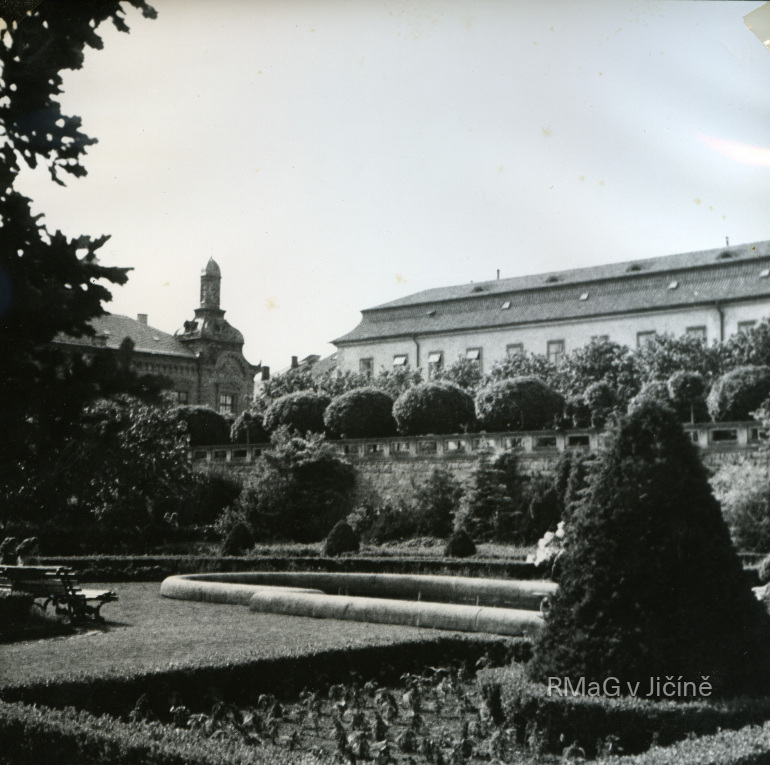 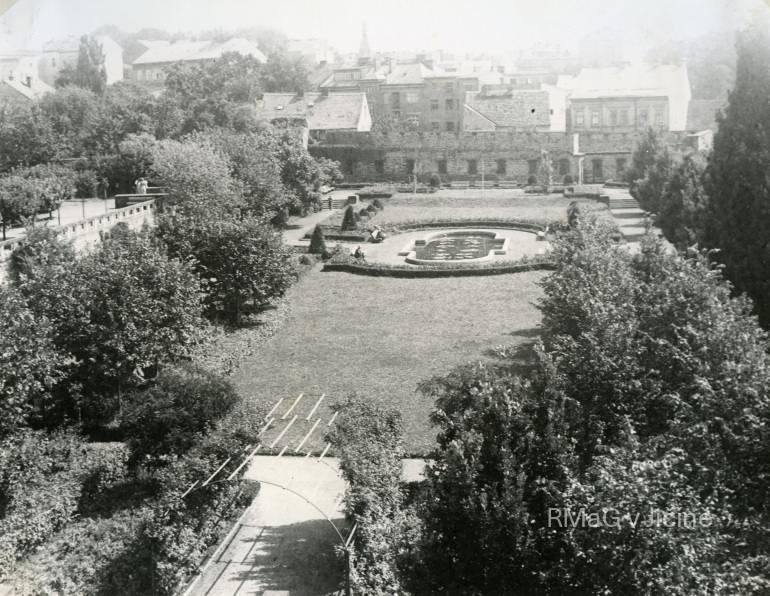 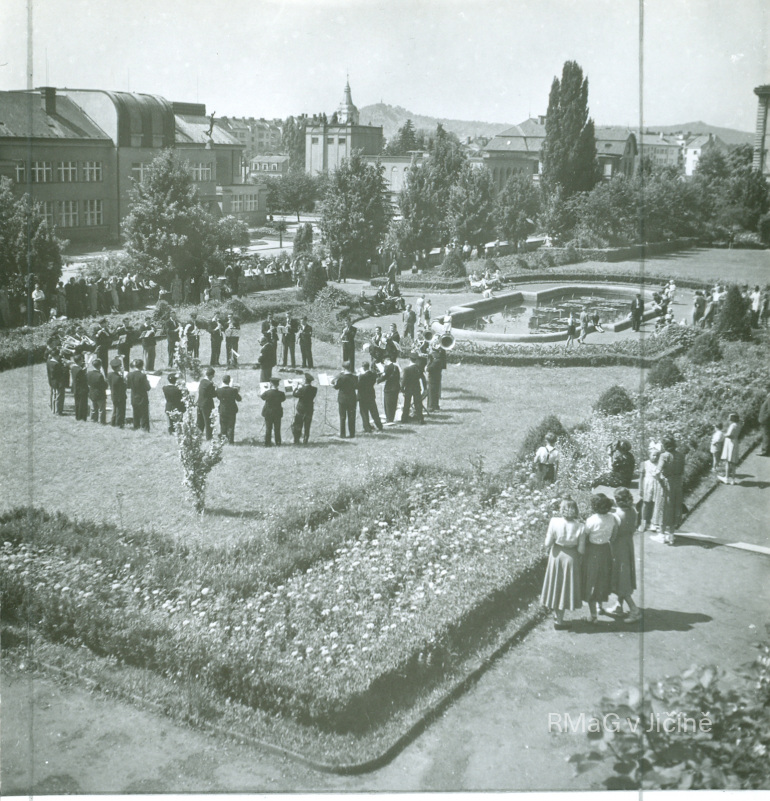 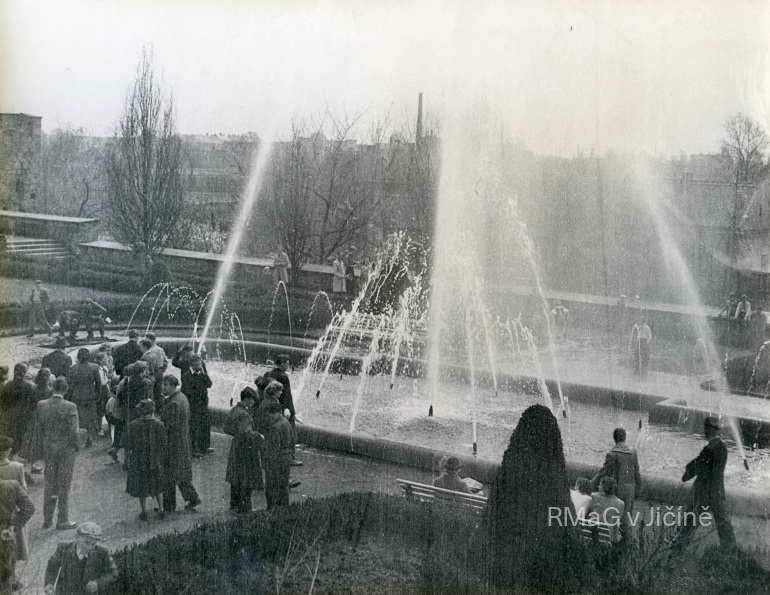 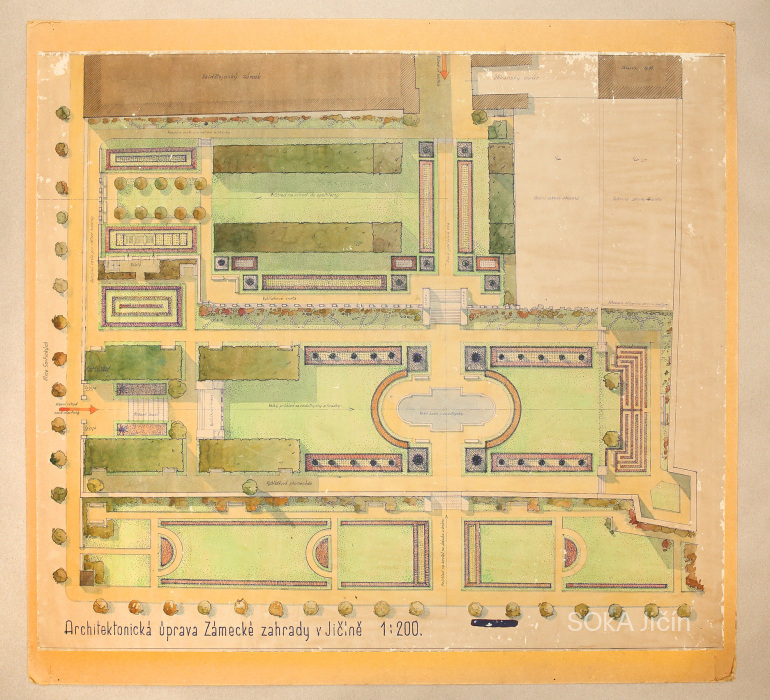 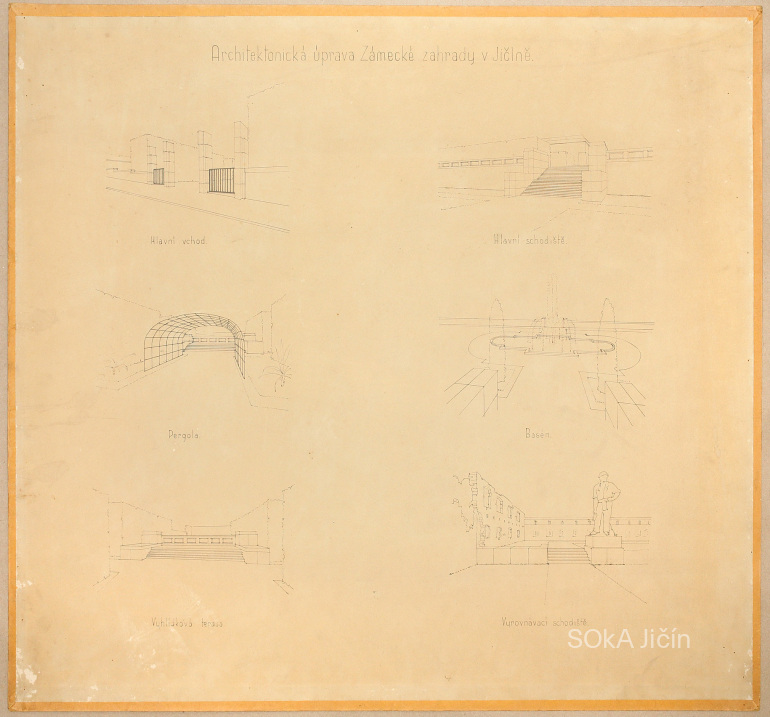 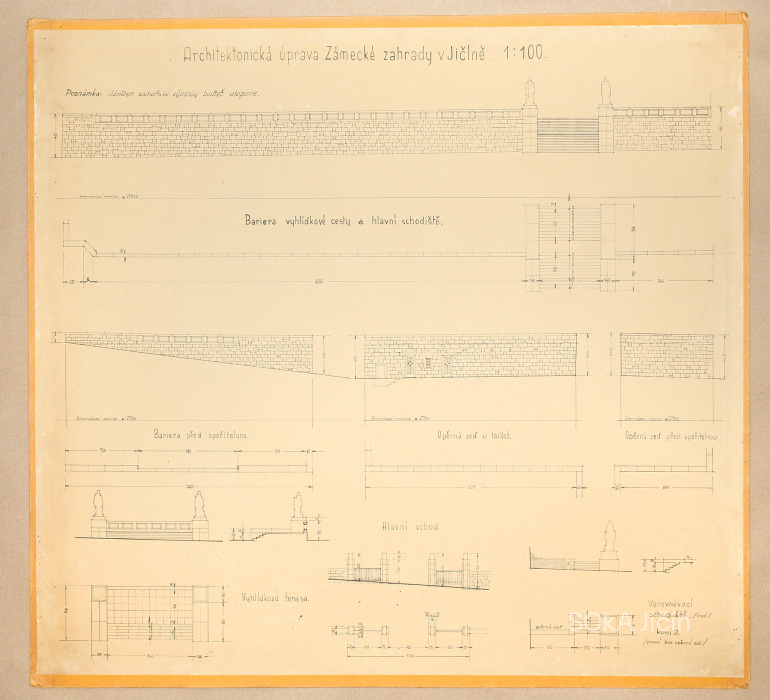