The crossroads formed by today’s Jiráskova, Železnická, Tylova and Čelišova streets, where pedestrians now navigate a narrow strip of pavement, would have looked considerably different if Čeněk Musil’s plans had been adopted. On the outer rim of this section of the “Jičín Ringstraße”, the arterial road encircling the town’s historic centre, used to stand in 1930 the Grammar School and a complex of agricultural buildings around a central square (the old estate farmyard), as well as other minor buildings. Then came a turn-off heading towards Železnice, from which (after the early 1920s) branched off Čelišova Street – a short but, from an urbanist’s perspective, important road heading towards the entrance of the hospital grounds. Immediately in front of the entrance the road opened into a little square (the frontages of villas nos. 418 and 500 delineate the space). Resolving this bottleneck was key to linking together the town centre, hospital entrance, and the villa quarter of Čeřovka. During the First Republic, however, administrative reform – or at least its implementation – was constantly being postponed, and Jičín never did become a district centre or regional town. Musil’s design for the courthouse, which he wanted to build over the old farmyard and aforementioned minor buildings, would remain forever just a sketch, which he included in the accompanying report to his Regulatory Plan (Regulační plán města Jičína 1935–1938). In his plan, Musil resolved the problem by placing a small square – a park-like piazzetta – in front of the courthouse entrance, lending the latter a certain monumentality, and into which led the aforementioned road. This would have opened up a view of the porter’s lodge at the hospital and broadened the ring road to overcome congestion that frequently plagued this stretch. For a long time the space remained unoccupied, until an elementary school began to form in the 1970s – a complex of panel-built pavilions in a garden, with its main entrance on Železnická, opened in 1980. 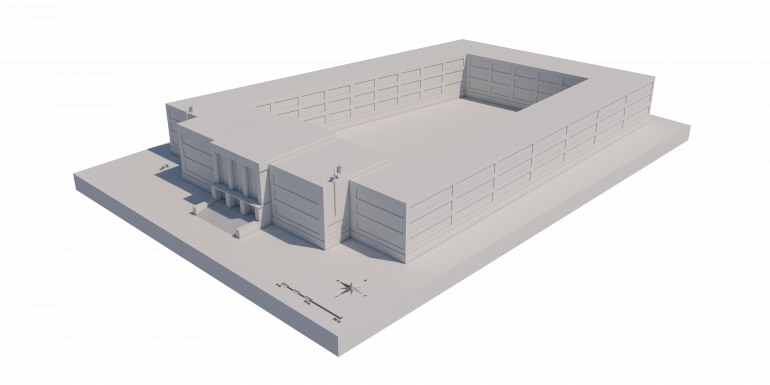 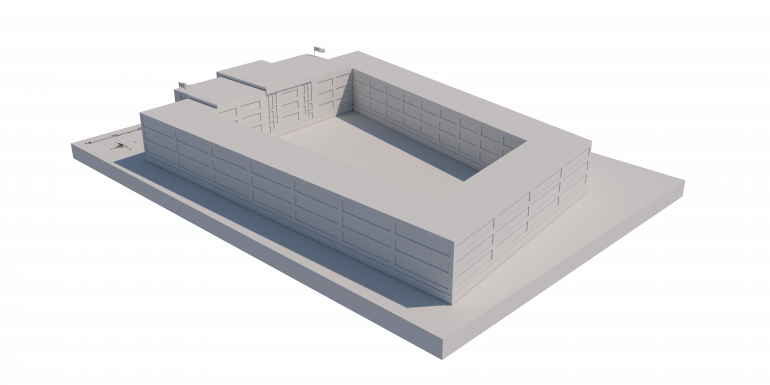 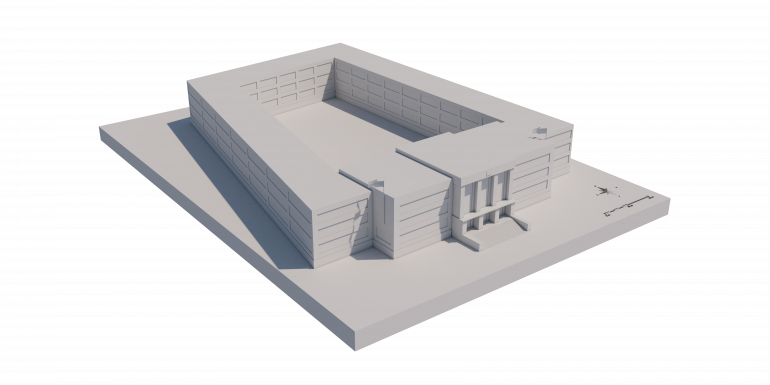